By opting into the web form above you are providing consent for Master Pattillo Martial Arts to send you periodic text messages. Standard rates may apply. You can reply HELP at anytime or learn more. You may opt-out anytime by replying STOP.
ACCESS OUR SCHEDULE
& EXCLUSIVE WEB SPECIAL

BJJ vs. Karate – What’s the Difference?

Often, when someone calls my martial arts school about adult martial arts classes, I ask if they’re interested in our Karate classes or Brazilian Jiu-Jitsu (BJJ) classes.

Some people want to do both programs and some want to stick with just one. Either way is perfectly fine!

And some people have a good idea of the difference between the two styles but some aren’t really sure. That’s okay!

The Major (and Easiest to Spot) Difference

Probably the easiest way to describe the differences between Karate and Brazilian Jiu-Jitsu is that Karate focuses on strikes (kicks, punches, and blocks) from a standing position and Jiu-Jitsu is focused on submissions (joint locks and chokes).

“Karate is Kata” is an old saying in traditional Karate. But Kata in BJJ? Nada.

What is a kata? A pre-arranged sequence of blocks, kicks, and punches. When doing kata, it looks like a Karate practitioner is fighting imaginary opponents. In fact, that’s exactly what they’re doing. There’s much debate about whether a punch is a punch or a block is a block (maybe the block is a strike or joint lock, for example).

BJJ doesn’t really have kata. Interestingly, with the COVID-19 pandemic and resulting shut downs, BJJ practitioners began creating solo drills to work on their movements, positions, and submissions by themselves. In other words, they began creating kata. That’s not to say Brazilian Jiu-Jitsu now has kata – but it shows why Karate practitioners have always valued kata and how they develop.

By and large, Jiu-Jitsu is based on partner drills and sparring (controlled, practice fighting called “rolling”).

Slow and steady vs. Fast and furious

In Karate, one of the central philosophies of self-defense is to escape quickly. Striking techniques are used to incapacitate an attacker quickly.

Each approach has its own strengths. In a life-or-death situation, quickly incapacitating an opponent is necessary. And in most encounters, ending up on the ground is the last thing you want to do – so knowing what to do while standing is crucial.

But not every self-defense scenario is life-or-death. And sometimes you just need to handle someone while they consider the bad decisions they have made (and you wait for the police to arrive).

The differences between Karate and Brazilian Jiu-Jitsu are surface level.

When taught correctly, each style presents itself in a different way but both teach important key principles.

When taught correctly, both styles are useful for self-defense because they teach you how to manage distance so you can be safer. Both teach balance, coordination, positioning, timing and awareness.

And most importantly, both give practitioners self-confidence which makes them less likely to be targeted by an attacker.

I cannot stress enough how important this last point is. Self-confidence is such an amazing benefit from doing martial arts. And self-confidence, balance, coordination, positioning, timing, awareness, and distance management are absolutely the most fundamental and vital skills necessary for self-defense. 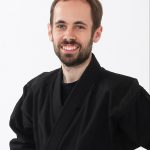 Matt Pattillo is the owner of Master Pattillo Martial Arts in Winder, GA and Jiu-Jitsu Winder. A 6th Degree Black Belt in Karate, and head instructor since 2001, Master Pattillo has taught thousands of kids and adults in Barrow County, GA